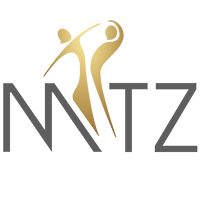 This was our second year back at Rock Bottoms… and it was just as fun and awesome as the first time!!! We just love the people who organize this event!  They create such a great atmosphere at the parties of the event.. it really helps everyone have a great time with them!!

It is mainly a Modern Jive weekend, with a little bit of ballroom and some West Coast Swing.  We taught WCS along with Kevin and Aggie Town!  It was fun to work with them and get a little closer!  It is also really great for us to hang out with these Modern Jive teachers we don’t typically see anywhere else!

There are no competitions, because most people are learning WCS for the first time that weekend!  So there are just classes, demos from the teachers, and fun social parties (which in England always means a tea party as well!!) It’s a cool weekend for us, and we love to hang out with everyone!

The best part of  the weekend for us was of course the Sunday night “surprise show”…. which, like last year, was a funny disaster!  Last year we each had a speaking part, involving the theme of the weekend… which was the 50s…. This year the theme was food….. so we were all scared as to what would happen on Sunday night!!  When we found out we were going to be a part of a “cooking show”…. we got even more scared haha… Basically, I was the face, and Maxime was my arms…. and we had to “bake” a hamburger cake…. We had to crack the eggs (which Maxime found the best way since he couldn’t see the bowl was to use my head to crack them….. As you can imagine, we were all covered in food!!!!  Eggs, flour, chocolate, wine, red bull, candy, whipped cream…. EVERYWHERE!!!  I think there was even a point where a full cake went flying when they were told they wouldn’t advance to the next round… hahahaha

Overall, it was a great weekend and we had such a fun time with everyone!!!!  We love being in Torquay, and having one of the most memorable weekends of the year!!  Thank you again to Hev, Andy, Tor and Jon for having us for another year 🙂 We hope to see you all again soon!